If you have been following our blog or heard us talk about our work, you might know that the pinnacle of our work is reached when parents of our deaf children take the initiative to be leaders in their own communities.  We have one such story to share with you.

Muslima Bibi is a young mother of three. She lives in a little village near Malancha, 56km from Kolkata. Four years after she had her second son she discovered that he was deaf. She spent the next four years going from one facility to another across the state but was unable to find the right kind of help. The pain of not being able to communicate with her child was growing. She eventually heard about Vaani and decided to pay us a visit. Just around that time she had her second son who she later found out was deaf too. She has been bringing both her deaf sons to the Vaani Sadhan Resource Centre in Kolkata diligently despite having to travel 3 hours one way for each trip.

Once the news about finding the right kind of services for her children spread across her village, other parents of deaf children began to approach her for details. But for most of them, the 3-hour travel was too much. Muslima began to see the need for such services in her village and decided to take the initiative. Little over a year ago, she approached Vaani to start services in Malancha. She offered up her cowshed as space and identified 4 other deaf children who would attend. Vaani started sending her 1 Teacher of the Deaf for 1 day of the week. And just 11 months later, she had 22 deaf kids enrolled!

For months she made it work under the cowshed. But it really was just a cowshed. It was unsecured and had no doors that could be locked.  After each day’s lesson, Muslima would lock all the teaching and learning materials in a box and keep it away in her house. She would also unhook the fan and light so that it would not be stolen. During the rains, the roof would leak and damage the toys and materials. Muslima and the other parents expressed their wishes to have a pucca structure and expanding it to accommodate the growing numbers. They also wanted to make their Link Centre a self-reliant one.

We took Muslima’s story of courage and initiative to prospective donors. Soon enough, the Rajni Nijhawan Charitable Trust picked up on it. They were so moved by the story that they decided to fund the entire renovation of the cowshed and a second room to accommodate the growing numbers. 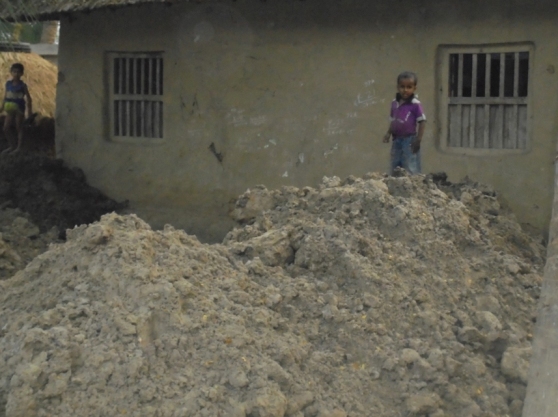 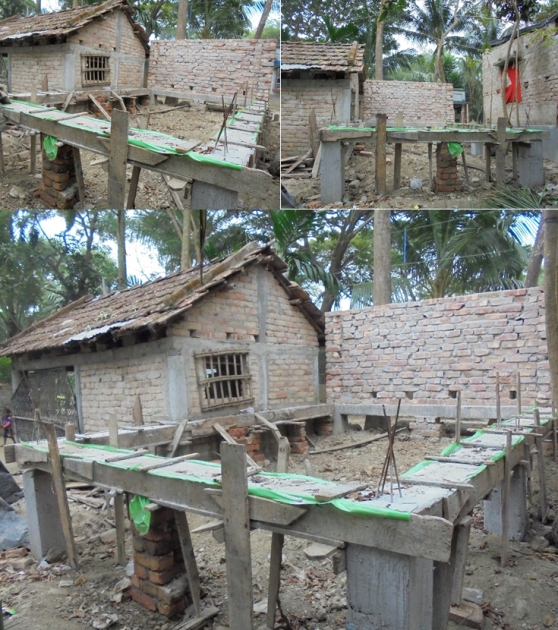 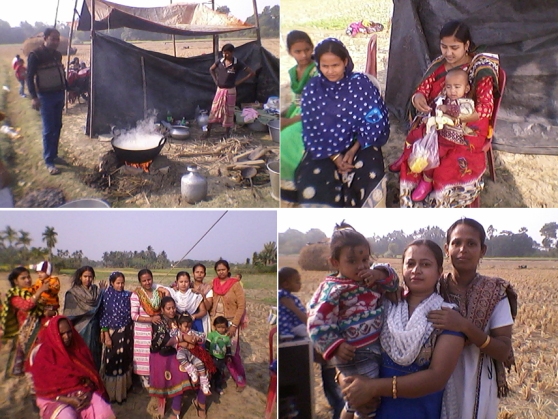 Meanwhile, the parents of Malancha decided to get together for a picnic in the countryside. They invited the VAANI Kolkata staff and met at a farm on the 26th of December. Tonny and Shibnath, our staff, joined the families on this day out.

The structure is finally taking shape! We’re very excited to have a new space for the kids! 30th May 2016

This two-year long journey has been one of the most gratifying and reassuring experiences. It proves to us that if we persevere, our beneficiaries will take our work forward themselves. It is always lovely to see parents take the initiative to give back to their communities. It nurtures a sense of camaraderie and lets every parent know that they aren’t alone in their struggles. We’re hopeful of what the future holds for the deaf children of Malancha. Without the generous support of the Rajni Nijhawan Charitable Trust, Muslima’s dream would not have materialised.

Come listen to the story of Akshara. Young Akshara was a healthy baby until the age of 4 months. One day she fell really sick. For the following 2 days, she became really ill, weak, and restless. Sunitha, her mother, and her father admitted her in a hospital. She then had a round of fits, and was treated by the doctors for it. They also advised the parents to take her to National Institute of Mental Health and Neurosciences (NIMHANS). Sunitha and her husband were told that Akshara had contracted Meningitis. They didn’t even know what the term meant at that time. Akshara went into a coma for 10 days. Her parents saw some relief when she woke up, but it was short-lived. The doctors informed them that as a result of the illness, Akshara might either have visual or hearing impairment, or display signs of mental retardation, or even full or partial paralysis. After she woke up from her coma, the doctors began running tests to check her brain activity. Everything was fine, except she wasn’t responding to sound. They conducted an audiometry test and confirmed that Akshara was now deaf. Sunitha and her husband were sad but relieved. They knew it could have been a lot worse.

After several consultations and referrals, they got Akshara a cochlear implant at the age of 7 months. (A cochlear implant addresses the physical issue of hearing impairment, but it doesn’t mean that as soon as it is done, the person hears perfectly. The deaf person’s mind needs to be trained to make sense of the barrage of sounds the brain is receiving. Intense Auditory-Verbal Therapy is required for the cochlear implant to be of any use.) It was during this time that they met Hemamalini, a trainer at VAANI. It was on Hemamalini’s suggestion that Sunitha brought her daughter, Akshara, to VAANI’s Sadhan Centre in Dasarahalli when it first opened. Akshara became VAANI’s first student at the Dasarahalli Center, and our first in Bangalore. Akshara quickly took to Hemamalini and began to receive all the supplementary training that she needed. The undistinguishable sounds she had been hearing, slowly started making sense; forming words and mental images for her.

Ever since she has been coming to VAANI, her mom says that she’s started socialising a lot more. She has made many new friends at the VAANI centre and at the regular school that she goes to.  Her relationship with her younger brother remains a typical brother-sister relationship, filled with fights, jealousy and lots of love and affection!

Sunitha says that Akshara has become very independent.  In the coming years, she will let Akshara pursue whatever she wants and will encourage her to do as she chooses.