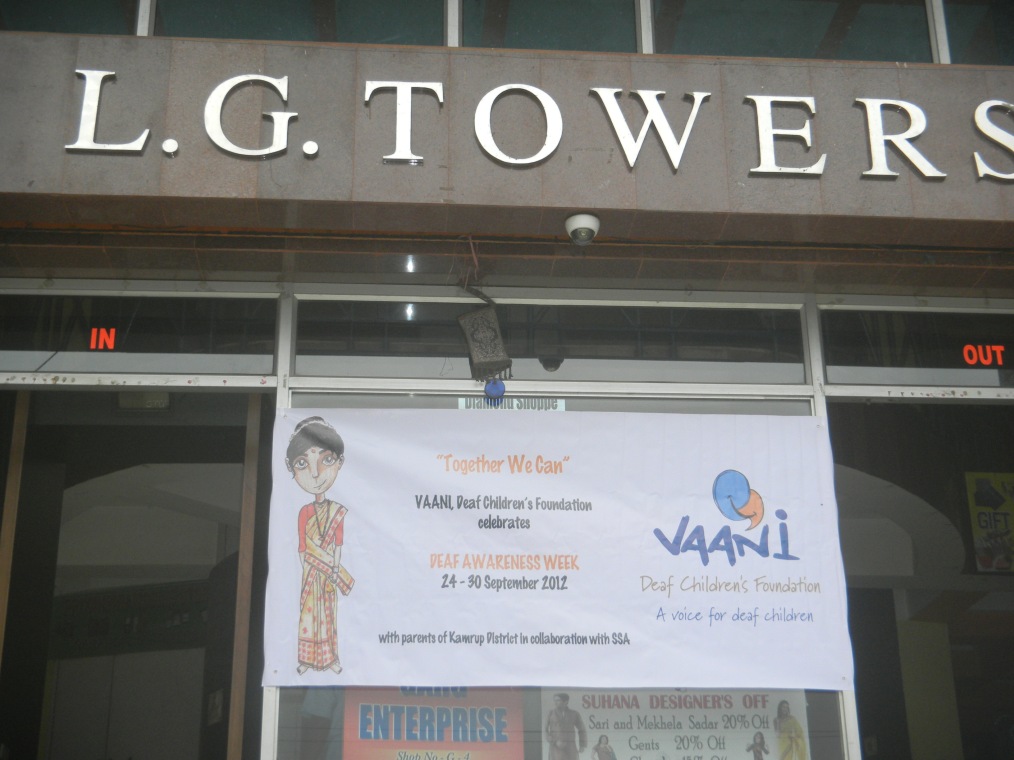 “VAANI  hosted a Family Day on 1 October 2012 on account of Deaf Awareness Week (24 – 30 September) for around 200 people including deaf children, their families and a few friends and well-wishers of VAANI in Guwahati by holding a special screening of the movie Barfi!.

We had around 200 people including deaf children from the two schools for the deaf in Guwahati – Saraswati Bagdhwani School and the Government Deaf School Kahilipara, teachers and families. We also had some of the well-wishers of VAANI, though many of our friends of VAANI could not come because it being a working day.

It was a first time experience for us to see so many children enjoying the movie. They were laughing away and signing among themselves. It’s a feeling that cannot be expressed in words. There was silence in the hall but during the comic scenes we heard them laughing, some were talking and some were signing away to each other. I think in the movie Barfi and the character oozed positivity. When the deaf children were leaving the hall we could see only happy faces! On the whole it turned out to be a fun day for both the children and the families.

The screening was held at GOLD Cinema, L.G.Towers, Narangi Tiniali, Guwahati, at 11.00 am. VAANI would like to thank the owner of the multiplex Rajeev Bora without whose support the programme would not have been possible.

For this event, VAANI brought together the Friends of VAANI and the future of VAANI, that is, the families who will eventually take the work forward for deaf children in the State.

The activity was covered beautifully in one of the local channels called Newslife at 6 PM on the same evening.”